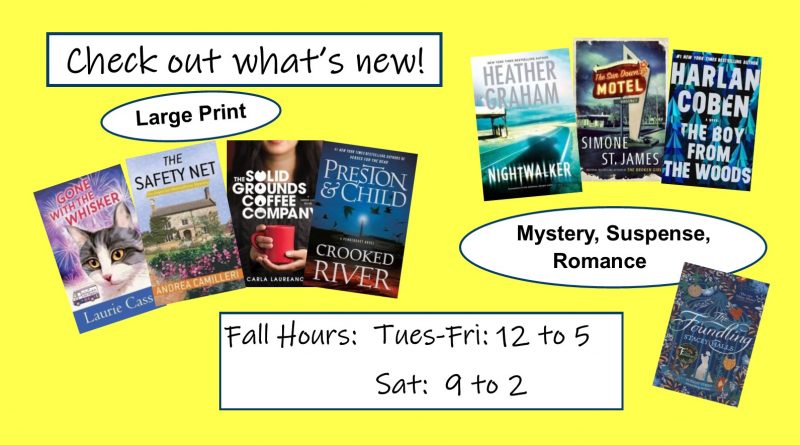 Explores the full scope of the movement to win the vote for women through portraits of its leaders and activists, including Lucretia Mott, Elizabeth Cady Stanton, Susan B. Anthony, Matilda Joslyn Gage, Sojourner Truth, Carrie Chapman Catt, Alice Paul, and Ida B. Wells-Barnett.

“Food is our most powerful tool to reverse the global epidemic of chronic disease, heal the environment, reform politics, and revive economies. What we eat has tremendous implications not just for our waistlines, but also for the planet, society, and the global economy. What we do to our bodies, we do to the planet; and what we do to the planet, we do to our bodies. In Food Fix, #1 bestselling author Mark Hyman explains how our food and agriculture policies are corrupted by money and lobbies that drive our biggest global crises…”

“Bestselling author Lisa Wingate brings to life startling stories from actual “Lost Friends” advertisements that appeared in Southern newspapers after the Civil War, as newly freed slaves desperately searched for loved ones who had been sold away. Louisiana, 1875: In the tumultuous era of Reconstruction, three young women set off as unwilling companions on a perilous quest: Hannie, a freed slave; Lavinia, the pampered heir to a now destitute plantation; and Juneau Jane, Lavinia’s Creole half sister. Each carries private wounds and powerful secrets as they head for Texas…    Louisiana, 1987: For first-year teacher Benedetta Silva, a subsidized job at a poor rural school seems like the ticket to canceling her hefty student debt-until she lands in a tiny, out-of-step Mississippi River town. Augustine, Louisiana, is suspicious of new ideas and new people… But amid the gnarled live oaks and run-down plantation homes lie the century-old history of three young women, a long-ago journey, and a hidden book that could change everything.”

“Vigàta is bustling as the new filming location for a Swedish television series set in 1950. In the production frenzy, the director asks the locals to track down movies and vintage photos to faithfully recreate the air of Vigata in that time. Engineer Ernesto Sabatello, while rummaging in the attic of his house, finds some films shot by his father from 1958 to 1963, always on the same day, March 27 and always the same shot; the outside wall of a country house. . . Meanwhile, a middle school is threatened by a group of armed men, and a closer look at the situation finds Montalbano looking into the students themselves and finally delving into the world of social media—”

Laurie Cass,  Gone with the Whisker

“A friendly feline and a feisty librarian merrily roll along … until murder stops them in their tracks! It’s the summer season in Chilson, Michigan, and the town is packed with tourists ready for a fabulous Fourth of July fireworks show.”

“Analyn Sanchez can handle the long hours and arrogant clients that come with her job as a crisis management associate at Denver’s largest publicity firm… But when she’s asked to cover up a client’s misdeeds with serious moral and legal ramifications, she can no longer sacrifice her conscience for her career …  Ever since a devastating climbing accident in Central America eight months ago, … professional rock climber Bryan Shaw has found himself at similar loose ends. When the opportunity to buy a coffee farm in Colombia arises, he jumps on it–”

“Appearing out of nowhere to horrify the quiet resort town of Sanibel Island, Florida, dozens of identical, ordinary-looking shoes float in on the tide and are washed up on the tropical beach–each one with a crudely severed human foot inside. A GHASTLY ENIGMA WITH NO APPARENT SOLUTION. Called away from vacation elsewhere in the state, Agent Pendergast reluctantly agrees to visit the crime scene–and, despite himself, is quickly drawn in by the incomprehensible puzzle.”

“At eight years old, Shulle has known only life in a small village with her loving but peculiar father. When Uncle Shebna offers shelter in Jerusalem in exchange for Shulle’s help tutoring King Manasseh, Judah’s five-year-old co-regent who displays the same peculiarities as her father, she’s eager to experience the royal court. But Shulle soon realizes the limits of her father’s strict adherence to Yahweh’s Law when Uncle Shebna teaches her of the starry hosts and their power”-

“London, 1754. Six years after leaving her newborn, Clara, at London’s Foundling Hospital, young Bess Bright returns to reclaim the illegitimate daughter she has never really known. Dreading the worst – that Clara has died in care – the last thing she expects to hear is that her daughter has already been reclaimed. Her life is turned upside down as she tries to find out who has taken her little girl – and why.”

“The secrets lurking in a rundown roadside motel ensnare a young woman, just as they did her aunt thirty-five years before, in this new atmospheric suspense novel from the national bestselling and award-winning author of The Broken Girls.  Upstate NY, 1982. Every small town like Fell, New York, has a place like the Sun Down Motel. Some customers are from out of town, passing through on their way to someplace better. Some are locals, trying to hide their secrets.”

Harlan Coben, The Boy from the Woods

“The man known as Wilde is a mystery to everyone, including himself. Decades ago, he was found as a boy living feral in the woods, with no memory of his past. … Now, thirty years later, Wilde still doesn’t know where he comes from, and he’s back living in the woods on the outskirts of town, content to be an outcast, comfortable only outdoors, preferably alone, and with few deep connections to other people. When a local girl goes missing, famous TV lawyer Hester Crimstein–with whom Wilde shares a tragic connection–asks him to use his unique skills to help find her. Meanwhile, a group of ex-military security experts arrive in town, and when another teen disappears, the case’s impact expands far beyond the borders of the peaceful suburb.”

“P.I. Dillon Wolf is fascinated by gambler Jessy Spearhawk and by the single word a dying man spoke: Indigo. From the glitz of the Vegas strip to a desert ghost town, the unlikely pair forge ahead with an investigation that will risk both their lives.”