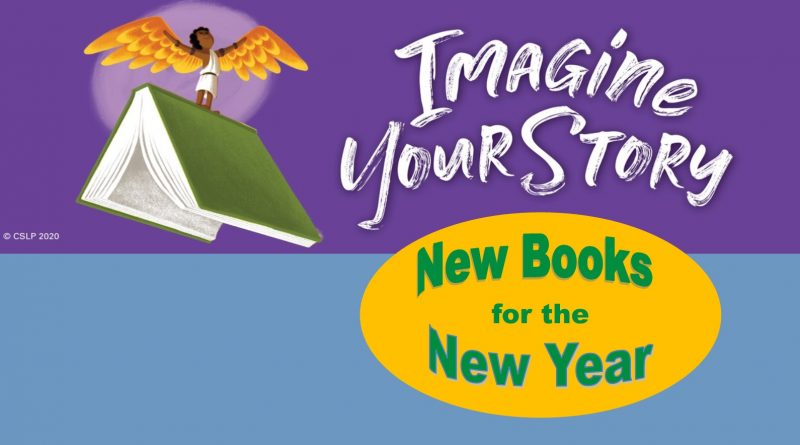 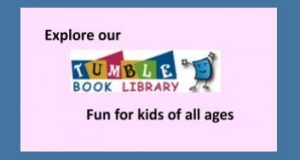 Just Click on the Tumblebooks Icon on Our Webpage !

“On account of the gum is another Adam Rex laugh out loud picture book. It starts with the childhood mistake we’ve all made at some point, getting gum stuck in your hair. But it’s okay it can be fixed! What ensues is a lot of good intentions that lead to the worst yet funniest ideas.”                Ages 5-8

Jason Chin – Your Place in the Universe

A non-fiction introduction to the massive scale of the known universe“– Provided by publisher.  Ages: 4-8

“Explore the Grand Canyon’s layers from the nearly 2-billion-year-old rocks of the Pre-Cambrian Era to the few formations of the Mesozoic Era. Learn about the different kinds of rock that make up the canyon and how the Colorado River carved them into the majesty of the Grand Canyon today. Additional features include a diagram labeling each of the layers, Fast Facts, a phonetic glossary, an index, an introduction to the author, and further sources for learning.”– Amazon.

“Blue-blooded crabs? Platypus that sting? One-hundred-year old reptiles? Meet some of nature’s longest-surviving species! Discover the stories of these incredible animals and find out how they help scientists piece together evolutionary history.”– Provided by publisher.  Ages 8-14

Amy Novesky – Girl on a Motorcycle

“One day, a girl gets on her motorcycle and rides away. She wants to wander the world. To go…Elsewhere. This is the true story of the first woman to ride a motorcycle around the world alone. Each place has something to teach her. Each place is beautiful. And despite many flat tires and falls, she learns to always get back up and keep riding.”  Ages 5-9

Mac Barnett – The Sound of Danger

“This is a story of stolen violins. It’s got mummies, museums, sandwiches, hostages, and a dangerous showdown with the Russian Red Army Choir. Open this book to find out more about my adventures. But beware–this mission is top secret and very dangerous!”

Don’t Turn Out the Lights:  A Tribute to Alvin Schwartz’s Scary Stories to Tell in the Dark  ed. Jonathan Maberry

“Jonathan Maberry has compiled a gruesome collection of terrifying stories–in tribute to Alvin Schwartz’s classic Scary Stories to Tell in the Dark series–that will absolutely chill readers to the bone. So turn off your lamps, click on your flashlights, and prepare–if you dare–to be utterly spooked!”– Provided by publisher.

Watt Key – Beast: Face to Face with the Florida Bigfoot

“Adam says he can’t remember where he was for the two months he went missing in a Florida swamp. That’s not true. He does remember. The truth: He was driving with his parents, and the car crashed when his father swerved to avoid colliding with a giant Sasquatch-like creature standing in the highway. Haunted by his parents’ disappearance and hounded for claiming to have seen Bigfoot, Adam sets off into the deadly wilderness on a hunt for answers as to what really happened that night.”

Christopher Swiedler – In the Red

Michael Prasad knows he shouldn’t go out on the Mars surface alone. It’s dangerous. His parents have forbidden it. And the anxiety he feels almost every time he puts on a spacesuit makes it nearly impossible for him to leave the safety of the colony. But when his best friend, Lilith, suggests they sneak out one night, he can’t resist the chance to prove everyone–including himself–wrong. As the two ride along the Mars surface in a stolen rover, miles from the colony, a massive solar flare hits the planet, knocking out power, communication, and navigation systems, and the magnetic field that protects the planet from the sun’s deadly radiation. Stranded hours from home with an already limited supply of food, water, and air, Michael and Lilith must risk everything if they’re to get back to the colony alive.

“When an official threatens the mega–dog program, Sienna Barlow sneaks away with her dog, Gus, and begins an adventure across New Kansas.”– Provided by publisher. Ages 7-11

Jeffrey Brown – Once Upon a Space-Time

“Jide and Petra are just two normal kids until they are selected to leave Earth and join their new alien classmates on an intergalactic research mission to Mars. Too bad Jide has no idea how she ended up in the program, seeing as the closest she wants to get to space is being a sci-fi writer. Petra, on the other hand, is the brains of the mission, but his helicopter parents make it clear he hasn’t left their gravitational pull behind quite yet.”  Ages: 8-12