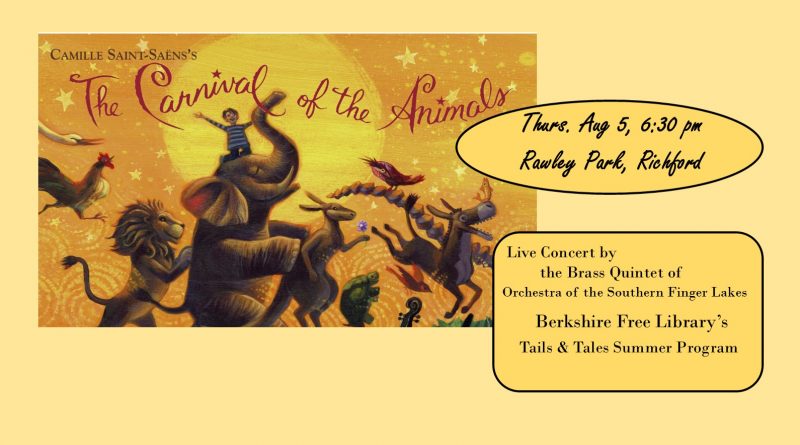 Orchestra of the Southern Finger Lakes

The Carnival of the Animals (Le Carnaval des animaux) is a humorous musical suite by the French composer Camille Saint-Saëns.

It begins with an Introduction and the Royal March of the Lion.  Then, listen for the Hens & Roosters, the Wild Donkeys, the Tortoises, the Elephant, the Kangaroos, the Cuckoo, the Birds.

The work was written for private performance by two pianos and chamber ensemble.  Saint-Saëns prohibited public performance of the work during his lifetime, feeling that its frivolity would damage his standing as a serious composer. The suite was published in 1922, the year after his death. A public performance in the same year was greeted with enthusiasm, and the work has remained among his most popular. In addition to the original version for chamber ensemble, the suite is frequently performed with a full orchestral complement of strings.

A Nightingale Sang in Berkeley Square